It’s been quite the year, to say the least.  I like to think, though, that both personally, and on a larger scale, it’s also a year of getting our shit back on track. Of realising that things being no good is not okay anymore, and that we can absolutely strive for better things.

On that note, I’d like to make a list of  seventeen things of my favourite/most noteworthy things that have happened this year (in no particular order in the list, because that’s far too hard to work out).

1. My family moved back to Australia! I’m still living on my own (well, now I have my brother as a roommate, but the whole independence thing is the point), but it’s really lovely to have them only a thirty minute drive, instead of seventeen hours by plane…

2. I found my passion at uni! I was quite unhappy with part of my degree (chemical engineering), and I got stuck believing that I just needed to suck it up and work harder and then things would get better. But I started taking some classes in genetics, fell in love, and realised that I am actually capable of doing well and enjoying myself. So I’ve kept the biomed, and taken up genetics/psychology as well!

3. I moved out into a proper house! And it has a garden and everything. It’s so much more than the dorm rooms I was in before it, and I just love having a kitchen to make proper food in. We also renovated our new house. When we bought it the whole place needed a lot of TLC, but now it’s a place I’m very proud to call home.

4. My friends threw me a surprise Alice in Wonderland tea party for my 21st, with a proper vintage tea set that was so beautiful, and made me feel so very special.

5. I adopted a kitten! I mean, I waited till like the 20th of December to do this, so Ash only just slips into 2017 wrap ups. He’s already the best thing — I’d missed having a cat around the house since moving back from Canada.

6. I saw VIXX live! It was somehow even more amazing than I thought it would be. I adore those dorks, and I didn’t think I’d get to see them inMelbourne (especially so soon!) Also, second row seats!!! And we won high touch in the lucky draw with the tickets and it sounds dumb but that little extra interaction made it even more real.

7. I went on a trip with friends to Sydney. I’ve been to Sydney before, but only as a transition place or when I was much younger, and it was my first time on a vacation with friends (and no school). It was an incredible experience.

8. While I was in Sydney I went to the Rapbeat concert and saw Ravi, HEIZE, Zion T., Loco and Jay Park live! I still can’t believe that there were so many incredible artists?? Honestly a little in love with all of them.

9. I saw Ailee live!Also Nathan Hartono and Charlie Lim! There’s a bit of a music theme this year… Most incredibly, it was a free concert (because we are students) and we managed to get third row seats?

10. I saw Shakespeare performed live! A replica Globe theatre came to Melbourne and I had the opportunity to see two plays — Much Ado About Nothing with my sister, and As You Like It with my friends. We spent the show on our feet (authentic experience), and the performances were so well performed and hilarious (like, tears in youreyes hilarious).

11. I was a hair model Actual I was a hair model more than once! The first was the most flattering — a hairdresser ran out of his salon to ask me if I would model for him at a competition where they cut your hair in person. (Purple/Pink, very short hair) The second was a photo modelling thing for another hair dresser who saw me with the first cut and wanted to know if I’d do more. (Blue/White, super stylised). It was a huge compliment, but also the perfect opportunity to try some very out there hairstyles (for free!) to really step me outside my comfort zone.

12. I work (part time) at the council! Which basically means I get paid to spend my summer at the beaches and the parks. The council has really given me fantastic opportunities — I mean, I was able to develop a data system for the street cleaning team, and now I’m leading the summer rangers team. I’m really proud of the work I’ve done and get to do.

13. I ate a ton of really good food. Like honestly I take a lot of photos of my food when I go out because it’s just really good here. Melbourne has some fantastic restaurants and super high quality food, and I’ve had lots of chances to go out with friends and family this year. I’ve also been cooking a lot (living alone for a couple years will help that) and I’ve really come a long way in the food I’m able to make now.

14. Board game nights at mine are kinda a tradition now. With or without the soju and moscato, my friends and I have started making a regular sort of hang out out of this. I love going out into the city, but there’s something just perfect about a night in with good music, good company, and Mafia/Cards against Humanity Pictionary (perfect combo)/Settlers of Catan…

15. I wrote (and I’m proud of what I have written). I want this to say ‘I finished’ but honestly the fact that I wrote despite a whole lot of doubt, and that I made progress at all is something that makes me proud nevertheless.

16. I read 55 books! Amid all the chaos that is third year university and a double degree (and trying to work out what I was doing), and general life, I managed 55. I’m proud of that. I’ve got tons more to read, and I wanted to squeeze more in… but 2018 will just have to be an even fuller year. As this blog is book focused, I’m probably going to do a wrap up of just the books…

17. I won two giveaways! The first was a copy of Warcross from Dymocks, and the second was a dozen doughnuts from Dashing Donuts through MelbFoodBaby (A+++ to both). I feel incredibly lucky.

It’s amazing how easy it is to focus on the negatives. I found myself thinking of this year as a rough one, but it wasn’t even that hard to find seventeen moments that made me happy. With that in mind, I’ve got a lot of hope for 2018.

​I'm Aimee Ferguson, a 23-year-old Aussie writer studying biomedicine/psychology (w/ a focus on genetics) at Monash University in Melbourne. I've lived all over the place and I drink far too much tea. When I'm not procrastinating, I'm working on my manuscript, DELTA, and sometimes I remember to post in my blog. 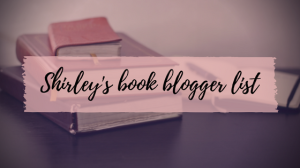